iPhone shortcut to record encounters with the police 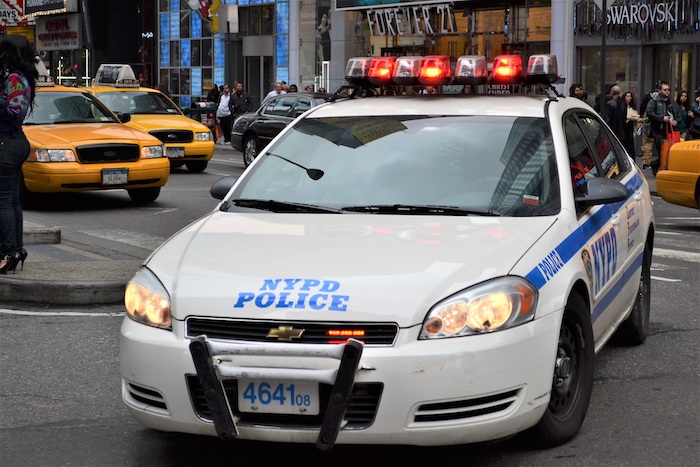 After you install an iPhone shortcut called “Pulled Over By Police” all you have to say is “Siri, I’m being pulled over” and the shortcut will record the encounter.

You give the command, “I’m being pulled over” and the program pauses any music you were playing, goes into ‘do not disturb’ mode, dims the phone’s brightness, and starts recording on the phone’s front-facing camera. Further, once you stop the recording it will send the video to a designated contact.

An anonymous writer on Medium — identifying themself only as Officer A. Cab — has written an impassioned but scathing piece about the complicity of modern policing. This writer, claiming to be an ex-cop, shares his own shameful experiences being silenced for speaking against the “bad apple” officers, and eventually just going along with things […]

The Hard Times is a satire site in the vein of The Onion, but with content focused more on hipsters, punk rock, and video game culture. And it is a national fucking treasure that I will defend until my dying day (because I feel personally attacked by every article, and it’s great). Case in point: on […]

In March of 2019 — about a year after the Parkland shooting at Marjory Stoneham Douglas High School — the ACLU released a report titled “Cops and No Counselors: How the Lack of School Mental Health Staff Is Harming Students.” Based on publicly available federal civil rights data from 2015-2016, this report offered a comprehensive […]

Having a virtual private network (VPN) protecting your online activities is as essential to 2020 web surfing as wearing a jacket during winter in Minnesota. But with dozens of VPN companies clamoring for customers, a select few are trying to raise the game by offering some unique services that lesser competitors can’t offer. That’s one […]

We’re all shooting video now, which means at some point, we’re all going to need some video editing software to get our finished product into shape for YouTube, social media, and the like.  Of course, there are always options like the heavyweights of video editing software, apps like perennial favorites Final Cut Pro, PowerDirector, and […]

Most of us may adore wine, but when confronted with the realities of being a true lover of the grape, we’re practically godless heathens. We pop the cork, fill up a glass and…glug, glug. But as any true wine expert or sommelier will tell you, you really have to properly decant a wine to experience […]

The United Arab Emirates is the world’s sixth-largest oil producer and one of the richest countries in the world, with a gross domestic product...
Read more
The Prism News

February exports grew at a record pace from a year earlier when coronavirus battered the economy, customs data shows.China’s export growth jumped to the...
Read more