The pandemic’s effect on the global app market has not been hard to miss. In the first quarter and first half of this year,...
Read more
Africa 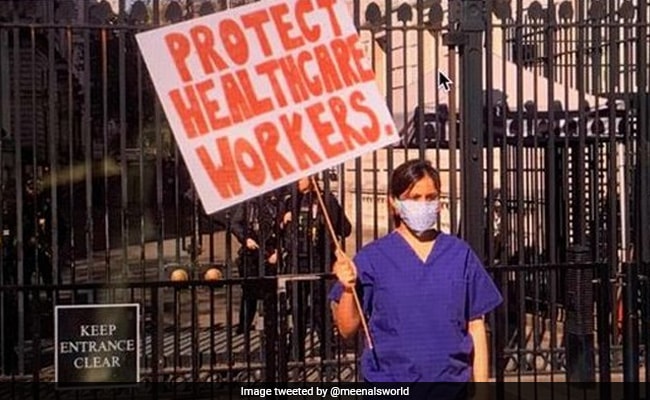 An Indian-origin doctor couple have initiated judicial review proceedings against the UK government over “risky” guidance issued on the use of personal protective equipment, such as surgical gowns, across the state-funded National Health Service (NHS) during the coronavirus pandemic.

Dr Nishant Joshi and his pregnant wife, Dr Meenal Viz, had launched their legal action last month with a pre-action letter seeking answers from the UK’s Department of Health and Social Care and Public Health England.

On Thursday, they decided to push ahead with the case in the High Court in London after receiving “unconvincing” responses from the government.

“We asked simple questions one month ago, hoping for open dialogue and swift resolution with (UK Health Secretary) Matt Hancock. In that time, over 100 more healthcare and social workers have died,” the couple said.

“There is a human cost to this suffering – we have fielded many calls from bereaved families, many of whom have questions about Personal Protective Equipment and systemic failings. They are going through the worst grief and trauma of their lives, and they deserve answers,” they said.

The legal challenge against the guidance, which applies to healthcare and social care workers, claims that it reduces the requirement to wear Personal Protective Equipments (PPE) and allows for re-use of some PPE.

It is argued that this goes against World Health Organisation (WHO) guidance and puts healthcare workers at risk, breaching their legal protections at work and their human rights.

The couple’s legal team said the government not only took over two weeks to respond to the initial legal letter but also did not answer all the concerns.

They also claim that the government has refused to allow the publication of the initial response.

Jamie Potter, Partner at Bindmans LLP and solicitor for the doctors, said: “The government continues to seek to avoid transparency as to the risks such workers are facing with different levels of PPE and confirmation they are entitled to refuse to work where they consider the risks too great.

“They should be entitled to compliance with WHO guidelines for all of their work. The government may be facing operational pressures, but it is nothing compared to the pressures and risks faced by frontline health care workers with inadequate PPE.”

“The WHO guidelines are designed to maintain those protections despite acute shortages of PPE and the government has not explained why it has taken a different approach that causes greater risk for frontline staff,” added Estelle Dehon, from Cornerstone Barristers, representing the couple in court.

Joshi and Viz have also launched a crowdfunding campaign for the legal challenge, which has already attracted 35,458 pounds in pledges on the Crowdjustice.com forum.

Joshi, a general practitioner (GP) trainee, has been leading a social media campaign for weeks over the safety guidance and supply of PPE for medical staff.

The Department of Health has not commented on the legal challenge directly but has previously stressed that measures are in place to minimise risk.

(Except for the headline, this story has not been edited by NDTV staff and is published from a syndicated feed.)

The Nigeria Correctional Service, Ondo State Command, has said that an #EndSARS protester, who recently gave birth to a baby boy in its custody,...
Read more
Politics

Why have I been blocked? ...
Read more
Politics

Nobel laureate Wole Soyinka on Saturday said States should consider shutting down their activities when the next student abduction takes place.Soyinka, who was speaking...
Read more

The pandemic’s effect on the global app market has not been hard to miss. In the first quarter and first half of this year,...
Read more
Africa

A frustrating end to a promising Olympics for Africa’s footballers

6:48 AM GMTEd DoveSpecial to ESPN CloseEd Dove is a writer and scout who has a deep and enduring passion for African sport, politics...
Read more
The Prism News

The pandemic’s effect on the global app market has not been hard to miss. In the first quarter and first half of this year,...
Read more