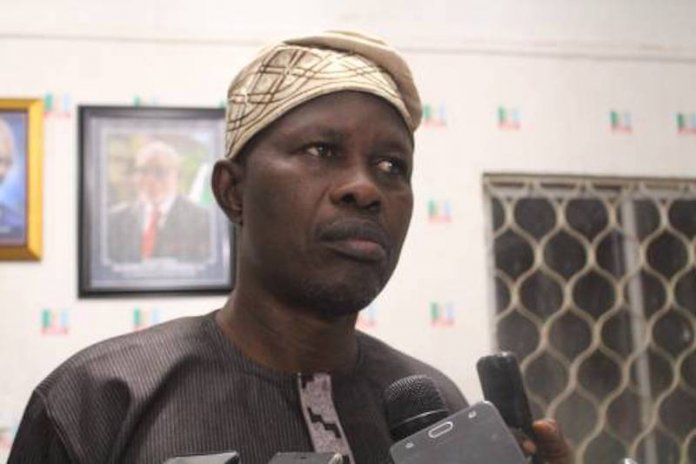 The South-west All Progressives Congress (APC) has directed its members having any court case against the party across the six states of the region to withdraw it with immediate effect.

This was contained in a statement signed by the South-west Publicity Secretary, Karounwi Oladapo, yesterday.

According to the statement, “The attention of the APC South-west caucus and leaders has been drawn to the withdrawal of the case with suit no: FHC /AK/CS/10/2019 instituted by Hon Idowu Otetubi, who is the factional state Chairman of Ondo State, against the APC state executive committee led by Ade Adetimehin.

“The South-west APC leaders commended Otetubi for his patriotic decision and steps taken to unify the party.

“The party assures him that such loyalty and commitment to the party has not gone unnoticed.”

Karounwi further reiterated that APC places high premium on elevating the collective interests of the party above individual interests.

Therefore, the party ordered all factions in APC, wherever they exist in other states of the Southwest, to follow the good example set by Otetubi in the overall interest of the party.

Karounwi further emphasised that “there are consequences for good behaviour as well as bad behavior.

“The party commends Otetubi’s action and advise other members of APC who have axe to grind with the party in Ondo State to follow suit and reconcile themselves in the overall interest of the party.”

The grave sin of Godwin Obaseki

If you have been following events on the Nigerian political scene, then you would know about the protracted battle between the erstwhile national chairman...
Read more
Nigeria

Gavel PHOTO: ShutterstockThe Federal High Court sitting in Benin on Tuesday adjourned the trial of the candidate of All Progressives Congress (APC) in the...
Read more
Nigeria