Ghana is already planning to become the next African Industrial Hub with the Government’s plan of ‘One District, One Factory’. This statement was made...
Read more

Idawa Aduba
Sensor Tower has released its Q1 2020 analysis of the top mobile apps in various categories. This quarter’s report also takes an in-depth look at the COVID-19’s impact on the global app ecosystem and the specific categories that are popular with the consumers after the self-isolation being observed worldwide.

Here, it should be noted that the data comprises results from the App Store only and is aggregated for nine major COVID-19 hit countries including China, France, Italy, Japan, South Korea, Spain, Germany, Great Britain, and the U.S.

As anticipated, app downloads for most niches have seen a significant surge. The Games niche saw a rough 50% growth in downloads after the coronavirus pandemic. China was recorded as the main hub of ‘gamers’ and contributed the most to the growth of this category.

With schools and corporate venues closed for an indefinite period, Business and Educations apps also became very popular with users. According to the report by Sensor Tower, both the categories saw more than 120% growth within a span of 30 days.

Unsurprisingly, apps related to Travel and Navigation saw a decline with a huge margin. Apart from the fear of catching the virus, most countries have imposed bans on international travels and/or making a 14-days quarantine mandate upon arrivals, most people are only traveling when strictly required.

Sports, Finance, Food/Drink, and Weather apps have also lost interest with the consumers.

Isolation – A new norm of living

As people adjust to a new way of living – it is expected that the growth of popular app categories that help keep them entertained and informed will increase further. On the contrary, the apps that were once popular such as travel, sports, and restaurant finders will continue to see a decline, especially after most countries around the world become more firm with the curfews in their regions. 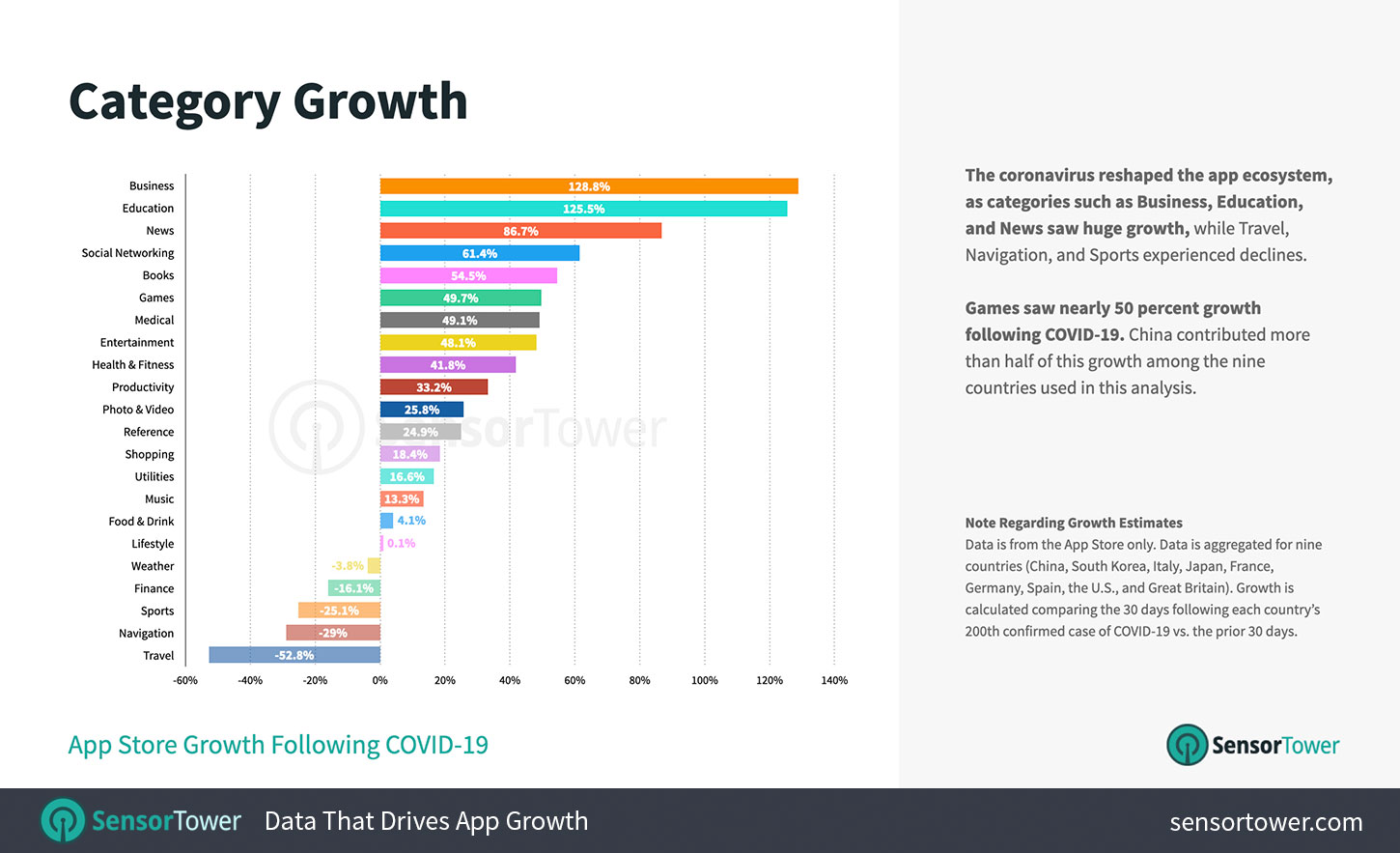 Read next: Is It Time for an Internet Bill of Rights? (infographic)

Making Money With NFTs Without Owning One

Today's video focuses on how you can start making money in the non-fungible tokens (NFT) market without buying a single NFT. I discuss the...
Read more
Finance

30 Things To Do With Your Finances Before Turning 30

What questions do you ask yourself when you are nearing 30 or when you think about your life post 30? How you foresee your...
Read more
Finance

Personal Finance: Should I Get Married for the Economic Benefits?

Ghana is already planning to become the next African Industrial Hub with the Government’s plan of ‘One District, One Factory’. This statement was made...
Read more
Uncategorized