Mercy & Ike: A Tale of Friendship and Love in AM’s New Reality Show

The Mercy & Ike show premiered on Sunday, April 26, and Big Brother Naija fans and many Nigerians, couldn’t have been more thrilled. 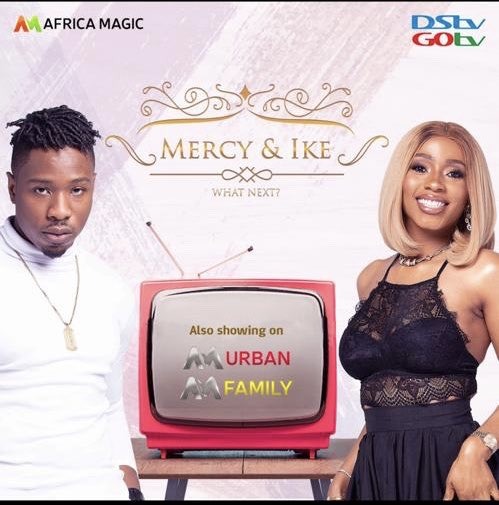 The Mercy & Ike show follows the love story of Mercy Eke (winner of the 2019 edition of Big Brother Naija) and Ike Onyeama, another BBN contestant. The pair met and bonded in the BBN house, but the Mercy & Ike show is proof that their love did not end there.

The show opens with Mercy and Ike reminiscing about their time in the BBN house and how they formed an alliance to ensure that either of them won. It then goes on to draw us deeper into their personal lives.

Mercy opens up and talks about growing up in a poor household. At one time, her mother had to sell Akara to support the family, while Mercy would roast corn and sell fuel to make ends meet.

‘My mum used to sell Akara, so from there, she graduated from selling Akara to ‘Mama Put’, so maybe that’s why I know how to cook… Then I used to sell fuel and I roasted corn while helping her.’

She almost broke down in tears when she revealed that while her mother was pregnant with her, she repeatedly tried to lose the pregnancy because of the extreme poverty they faced at that time. Mercy lets us know that that discovery only made her more determined to become successful in life.

Ike talked about having a regular upbringing in the United States. Life was going well for him until 2017 when a hurricane in the U.S. affected his business and destroyed the apartment he was living in at that time.

We get to meet Mercy’s older sister, Promise. According to Mercy, her older sister sacrificed her own happiness by getting married just so she could take care of the family. Promise is a widow with three kids, and she lets us know that Mercy has been the one taking care of her and her children since she lost her husband.

Ike comes over to visit Mercy, and as they settle down to eat, Ike says that it’s time he met the rest of Mercy’s family, pointing out that Mercy avoided this during their last visit to Owerri.

In Ike’s interview session, he lets us know that because of their popularity, social media has a lot of impact on their relationship because whatever they do as a couple gets online, and sometimes gets misinterpreted.

Mercy simply says that Ike does not know how to manage social media.

Rumours about Mercy and Ike’s true relationship status have been flying around since the Big Brother Naija show ended. Ike put those rumours to rest by saying that he definitely envisioned himself committing to marriage with Mercy. Mercy playfully told him to be sure he was ready to commit before popping the question because she didn’t plan to wear an engagement ring for longer than one month.

As the first episode of the show ends, Mercy and Ike talk about planning an exclusive home party and discuss the guest list.

Teasers from the next episode show that Ike wants to move in with Mercy, but apparently, there is some resistance to that idea. We saw something that looked like a big fight too. We definitely hope that Mercy and Ike are okay.

If you missed the premiere episode, you missed out on a whole lot! The first episode of Mercy & Ike broke all of Africa Magic’s previous viewership ratings.

You can still catch up with all the juicy action from episode one with another airing on April 27, 2020, by 7.30 pm on Africa Magic Urban DStv Channel 153.

Looking forward to the next episode? Mercy & Ike will air on Sunday, 6.30 PM on Africa Magic Showcase, Channel 151.

Don’t miss out on this!

Ⓒ Copyright NET News Ltd. All Rights Reserved. Please use sharing tools. Do not cut, copy or lift any content from this website without our consent.