No Respite as Nigeria’s Inflation Spikes 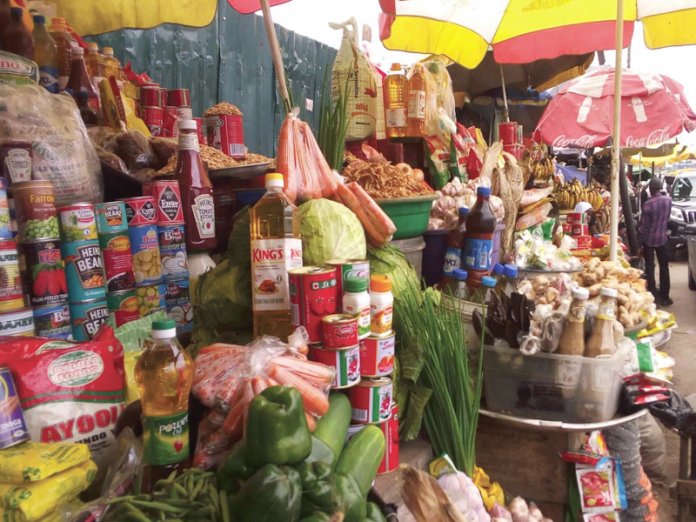 There are no indications that consumers will be relieved of the burden of rising commodity prices in the short to medium term as projection for inflation in the month of April suggests that headline inflation will further increase. For the seventh consecutive time, inflation surged year on year in March to 12.26 per cent as against 12.20 per cent in February. Meanwhile, palliative measures being planned by the federal government and Central Bank of Nigeria might just be the only hope of survival for the increasing poor population in Africa’s biggest economy. Bamidele Famoofo reports

According to experts, headline inflation is expected to increase by 0.98 per cent month on month, cascading into 12.30 per cent year on year in April 2020. This, definitely, is not a good news for a very large number of the Nigerian population, who wallow in poverty, finding it very difficult to feed themselves and fend for their families especially in this turbulent economic times occasioned by falling oil prices and the Covid-19 malady.

The National Bureau of Statistics (NBS), last week revealed that the Consumer Price Index (CPI) which measures inflation recorded an increase of 0.06 percent in March, expanding to 12.26 percent compared to 12.20 percent recorded in February.

The increase in March was the seventh consecutive time headline inflation will rise year on year in Nigeria.

This is the highest inflation rate to be recorded by the economy in the last 23 months. The last time the index was as high as this was in April 2018 when the inflation rate was put at 12.48 per cent. The report said the lockdown in Abuja, Lagos and Ogun states, which started in April and various major disruptions in normal economic activity in several states would not have any major impact on March inflation, which the report focused on.

Analysts at Cordros research have however said the spike may not abate before long given the present economic realities triggered by the Covid-19 pandemic that has disrupted plans for economic growth globally.

Against the rising cases of COVID-19 in Nigeria, President Buhari, at the twilight of March, announced lockdown in Lagos, Abuja, and Ogun in an attempt to flatten the curve of new cases. But from Cordros’ channel checks, “We understand that the impact of the preceding is stoking upward pressure on food prices in April, owing to the disruption of the supply chain in the agriculture sector and the frontloading of food items purchases by consumers.” As new cases grew further, the FGN extended the lockdown by another two weeks, thereby worsening the case for consumer prices, given thinner market supply. Already in March, analysts disclosed that they saw evidence of price pressure in Ogun where food inflation has increased by over 130 basis points year on year. The situation in the Federal Capital Territory, according to analysts was better than Ogun as food inflation only moved up by +80bps y/y, occasioned by the lockdown-induced price increases. “By implication food inflation is expected to grow faster in April by 16bps to 1.10 percent m/m. On balance, core inflation is expected to print 0.83% m/m – 3bps higher than the previous month,” Cordros said.

The volatility witnessed in the foreign exchange market in recent times, occasioned by deteriorating macroeconomic picture, according to experts is responsible for the current spike in inflation. It bled over to both core and food inflation in the review period.

In its last inflation update, analysts at Cordros had expected the still healthy FX reserves would support the CBN currency defence mandate amid the precipitous decline in crude oil prices, occasioned by the COVID-19 outbreak. However, following the Saudi-Russia price war, which worsened the case for oil prices, the CBN announced a “re-alignment” of the currency, moving the official rate upwards from NGN305.00/USD to NGN360.00/USD. The CBN also effected a non-parallel upward shift along the rates sold at different FX windows. Meanwhile, the Naira, which had held steady in the parallel market for more than two years, depreciated by 12.8 percent against the greenback to NGN415/USD in March 2020 alone.

“Elsewhere, we understand that the FGN has further downwardly revised PMS pump price by another 1.2% m/m, due to lower global oil prices. While the foregoing should have ordinarily impacted the core basket favourably, we believe further FX depreciation at the I&E window and parallel market will bleed over to the core basket in April, and thus, neuter gains from lower PMS prices,” Cordros noted.

Economic Stimulus to the Rescue?

The federal government is not resting on its oars to develop measures to make life bearable for Nigerians in these hard times.

President Muhammadu Buhari had, on March 30, set up the Economic Sustainability Committee (ESC) headed by the vice president to develop a clear economic sustainability plan until 2023. The committee was tasked with identifying fiscal and monetary measures to enhance oil and non-oil revenues in order to fund the plan; develop a stimulus package and come up with measures to create more jobs while keeping existing ones. Buhari had also approved an initial economic stimulus package of N500 billion. The global economy is expected to go into recession in 2020 while the IMF has predicted that Nigeria will go into recession to a level of negative 3.4 per cent.

Also, barring any last-minute change in plans, the disbursement of the first tranche of the Central Bank of Nigeria N50billion targeted credit facility was planned to take effect last week. The fund, which is being managed by the NIRSAL Microfinance Bank, has received over 80,000 applications.

The Managing Director, NIRSAL Microfinance Bank, Mr. Abubakar Kure, confirmed the development to the media recently. Kure, who did not provide the amount to be disbursed in the first tranche, said that those whose applications were successful would start receiving their fund from Thursday. He said, “But we are hopeful that towards Thursday or Friday, the disbursement of the fund would commence.”

The CBN had introduced the N50billion Targeted Credit Facility as a stimulus package to support households and Micro, Small and Medium Enterprises affected by the COVID-19 pandemic. The N50billion intervention is being financed from the Micro, Small and Medium Enterprises Development Fund. In terms of limit, the loan amount would be determined based on the activity, cash flow and industry size of beneficiary subject to a maximum of N25millio for SMEs.

Adetutu Alabi- a Nigerian model. Photo Instagram adetutu.oj Scarification has a deep African history. There were a lot of associated reasons, values and implications to...
Read more
The Prism News