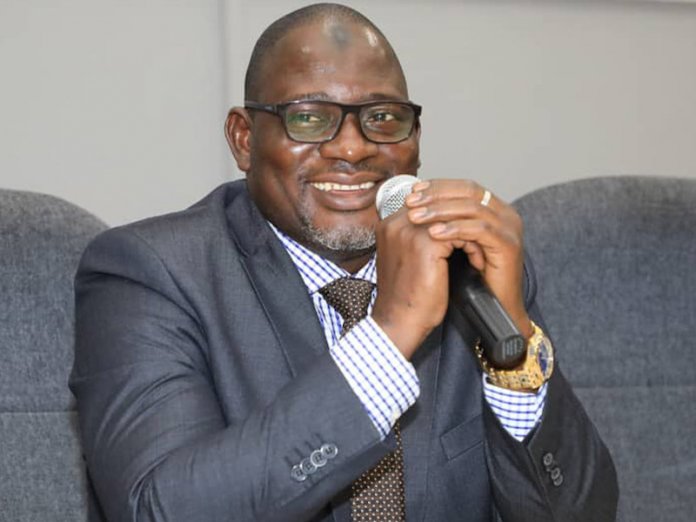 With a tax to Gross Domestic Product (GDP) ratio of about six per cent, which is one of the lowest in the world, the federal government more than ever before, needs to take concerted steps towards aggressively raising non-oil revenue in the country.

This is even more so with the negative impact the slump in global crude oil prices and the ravaging effects of the COVID-19 pandemic has had the country’s revenue. This therefore places more burden on the government as it strives to implement policies that would improve the lives of the citizens.

That is why experts have continued to stress the need for the federal government to broaden the tax base as well as build tax payers’ trust, increase awareness, simplifying the tax system and improving tax administration and legislation.

These have been the focus of the Executive Chairman of the Federal Inland Revenue Service (FIRS), Mr. Muhammad Nami, since he assumed office.

“Nigeria’s economy has been in dire straits with attendant socio-economic challenges. It is as a result of these challenges that the present administration of President Muhammadu Buhari has been making strident efforts towards putting the economy back on the track.

“Part of these efforts is the administration’s attempt towards making tax revenue generation and collection the cornerstone of its economic recovery efforts.

This task, as enormous as it is, requires masterstroke measures, resilience in policy implementation and foresight to evolve novel ideas,” Nami had assured Nigerians immediately he was appointed.

Expressing believe in the ability of the Nami-led FIRS to deliver on its mandate, the Secretary of the Government of the Federation (SGF), Mr. Boss Mustapha, recently said the administration of President Buhari needs all the required funds to enable it deliver on his mandate to Nigerians.

Mustapha, expressed optimism that the board would under his watch meet and exceed government’s revenue targets from taxation.
Specifically, the SGF urged the executive chairman to be proactive in his tax collection drive.

He added that if more revenue could be generated from taxation, there would be less need for government to borrow.
He further stressed that as a cost-cutting measure, the federal government recently directed its officials, particularly ministers, to reduce the number of aides who travel with them.

Improved Revenue Collection
As a reflection of his capacity, the FIRS under Nami, in the first quarter of 2020, generated a total of N1.11 trillion as tax revenue. This represented a 10.4 per cent increase compared to the N1.04 trillion recorded in the corresponding quarter of 2019.

This has since been revised with total collections for the first quarter of 2020 now revised from N1.11 trillion to N1.20 trillion, representing 15 per cent increase or N156 billion higher than the N1.04 trillion recorded in the corresponding quarter of 2019.

The FIRS in a statement by its Director, Communications and Liaison Department, Mr. Abdullahi Ahmad, attributed the improvement in revenue generation to widespread policy reforms and institutional reorganisation initiated by the agency’s Executive Chairman, Mr. Muhammad Nami, since assuming office in December 2019.

“Traditionally, Q1 collection results have been notoriously low as a result of limited economic activities within the period, which business analysts trace to the festive hangover of the New Year celebrations, delay in budget presentation, which was a New Year ritual in the country for decades under the military, limited clarity about government policy directions after the budget had been presented and consumer spending caution and limited liquidity following lavish festivities of preceding December month and January 1 New Year celebrations,” he said.

He, however, said the historic final performance in Q1, 2020 was particularly remarkable as the period coincided with two adverse global developments on individuals, businesses, and nations – a global fall in the price of crude oil price, which is the country’s foremost cash cow, and the shutdown of the global economy by the COVID-19 pandemic.

However, performance in the review period showed an astronomical increase in collection trends as Capital Gains Tax (CGT) recorded a 568 per cent increase to N643,935,849.06 compared to N96,408,740.90 in the corresponding quarter of last year.

“The Act also tinkered with pre-operational levy (levy paid by taxpayers to obtain TCC) thereby resulting in a five per cent collection in Q1, 2020, a drop from seven per cent in Q1, 2019.

“With the full takeover of PAYE and PIT in the FCT by FCT-IRS, the FIRS lost all FCT collection, which led to the fall in both Pay As You Earned (PAYE) and Personal Income Tax (PIT) for Q1, 2020,” it added.

Enhancing Revenue Collection
Nevertheless, in order for Nigeria and other developing countries to unlock their tax-revenue collection and achieve their higher revenue targets, analysts at Mckinsey, a global management consulting company, in a report stressed the importance of reforms.

According to the report, while auditing would not only detect and penalise evasion attempts, it would also signal a tax administration’s intention to prioritise more aggressive enforcement.

“Most rapidly developing economies lack the advanced analytic tools and databases necessary to flag and follow up on suspicious taxpayer behavior automatically. Nonetheless, simply segmenting taxpayers according to attributes such as size, sector, and past behavior can help tax authorities quickly perform a risk analysis identifying discrepancies between an individual taxpayer’s behavior or payments and that of his or her cohort.

“In many emerging markets, tax collection is neither automated nor centralized. Collection rates are often low, and there is little awareness of how much is truly owed. In response to this challenge, one customs authority identified the importing businesses that owed the most in back taxes and put in place a technical team to negotiate payment terms directly with debtors.

“The program helped minimise opportunities for importers to accumulate more debt and also served to publicize the customs authority’s intention to act against evaders. Within three months of launch, the initiative helped collect approximately 15 percent of the customs department’s outstanding debt—corresponding to some two per cent of its yearly revenue—and reduced the rate of new-debt formation by more than half,” it added.

Furthermore, the report pointed out that in many growing markets, it could be difficult to maintain an accurate central taxpayer registry, as much of the economies are made up of “informal” and small-scale businesses, and tax authorities lack the external controls necessary to ensure that such entities stay within the system.

To counteract this, it advised that registration should be made more rigorous and feedback systems introduced to ensure that taxpayers regularly update their information.

“Additionally, quick and simple controls can be put in place to raise the alarm if taxpayers fail to comply with their obligations. One tax administration in Africa, for example, launched an aggressive two-week effort to improve its registry.

“During this period, the authority closed selected branches and sent their officials into the field to identify and register informal businesses in specific areas. Taxpayer registry entries increased by 20 to 30 percent in the targeted districts,” it added.

According to Mckinsey, tax administrations can introduce electronic channels such as internet portals, mobile-payment options, and ATMs to also enhance tax collection. The firm explained that by using these channels for simple taxpayer transactions (such as declarations and payments), a tax administration would increase the level of voluntary payments while conveying a strong sense of its public purpose. Such approaches reduce the length of queues at tax offices while also removing a barrier to compliance.

“Communication about tax programs should address three areas: promoting the benefits of paying taxes, educating taxpayers about how to comply, and increasing the perception of risk for non-compliance. The communication plan should include both institutional and initiative-specific messages. It can incorporate appeals that have an emotional element—for example, linking the use of tax revenue to the funding of schools or highlighting sanctions for failure to comply. Other messages, such as explaining changes to tax laws or procedures, can be purely informative.

“Effective communication promotes voluntary compliance. By communicating specific tax initiatives even to residents who weren’t necessarily affected by them, one country more than doubled their impact because the general population felt obliged to comply with broader tax rules,” it added.

What can I do to prevent this in the future? ...
Read more