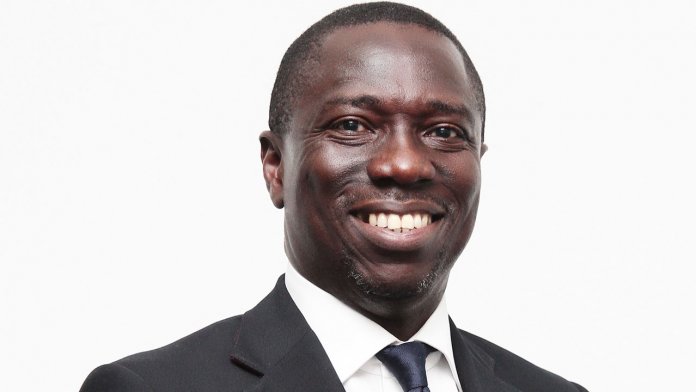 Chairman, Board of Directors of Sterling Bank Plc, Mr. Asue Ighodalo, has identified five core areas that should be articulated in the quest to transform the agricultural sector in Nigeria and on the African continent.

He identified the areas at the virtual Agriculture Summit Africa (ASA) organised by the bank under a theme, Fast Forward Agriculture: Exploiting the Next Revolution.

According to him, to be able to effectively transform the agricultural sector, feed the continent’s growing population, boost her economies, create massive employment for millions of its young and not so young people as well as absorb the shocks of the on-going pandemic, the involvement of key stakeholders across public and private sectors in developing the right policies to aid the growth of the agribusiness value chain must increase.

Ighodalo urged the governments in sub-Saharan African economies to optimise the agricultural sector to attract sizeable investments that will help to drive expansion and achieve global competitiveness as well as increase financing to key points of the value chain, particularly small holder farmers, to modernize their practices and increase outputs.

He stressed the need to focus on the role and impact of technology and data science in stimulating innovation in the value chain and the need to understand the changing regional climate cycles, its impact on productivity and identifying necessary adjustments to deliver growth despite these climate changes.

Also speaking, Managing Director and Chief Executive Officer of the bank, Mr. Abubakar Suleiman, said the governments could only help to kick start the revolution while it is the responsibility of private sector players to come together to make a success of it.

He said the government has put in place the processes, finances and researches to start the revolution in the agricultural sector and it is now about commercializing it and making it possible for the individuals and businesses to benefit from it.

Suleiman said Sterling Bank “has been hosting the Agriculture Summit for three consecutive years and every year had been better than the previous one.
“One of the outcomes from the very first summit has been the bank’s commitment to fund the Nigerian Farmers Radio which has become a very successful platform for disseminating information to rural farmers.”

He said the bank intends to enhance the platform so that more farmers could have access to information.

In a keynote address, President of the African Development Bank (AfDB), Dr. Akinwumi Adesina, remarked that agriculture remained his passion, adding that the vision of AfDB post COVID-19 “is how to build a better, stronger and more resilient agricultural sector in the African continent.”

Adesina, who was represented by Dr. Martin Fregene, Director of Agriculture and Agro-Industry of AFDB, noted that Africa should not be in need of food, adding that 60 percent of the estimated 200 million hectares of uncultivated land in the world resides in Africa. “Therefore, the African continent can be best described as the last frontier of agricultural development on the planet.

“We need to transform this land into highly productive, profitable and sustainable breadbasket and for this we require food technologies which fortunately we have in abundance today.

“We also require technical know-how, finances, partnership with banks and enabling policies by governments, as they relate to landed property rights, debt trade policies, cross border trade and incentives such as low interest financing for land clearing and equipment purchases for primary producers.”

He said the continental bank had responded two years ago by launching the Feed Africa Initiative, which is a bold and ambitious programme that takes a value chain approach to developing agriculture on the continent.

By Gabriel Ewepu In this interview, the Vice President for Programme Delivery and Innovation, Alliance for a Green Revolution in Africa, AGRA, Aggie Konde, explained...
Read more
Africa

Nigeria to benefit as AfDB invests $25bn in African countries